Recently I returned from an 8-night whiskey adventure through Ireland.  The goal of the trip was to understand the history of Irish whiskey, the process of pot and triple distillation, and the reason behind the buzz of new whiskies being released.  My familiarity of Irish whiskey was somewhat limited due to the lack of selection or “interest” in this category at our local drinking establishments in Upstate New York.  Over the last year I had purchased more Irish whiskey out of curiosity including the Tullamore D.E.W. Phoenix and Green Spot and had tasted others including the Red Breast line.  But my true interest was getting to Ireland to see first-hand and learn from the source.

Here are some of my conclusions from this whiskey trip:

Overall, it was an incredible trip and I came back with a new appreciation and knowledge for Irish whiskey.  I look forward to returning in a few years to revisit some that I visited and many of the new ones that are just starting.  Here are some interesting bottles that I picked up that we will use for our next tasting with the Saratoga Whiskey Club (www.saratogawhiskeyclub.com). 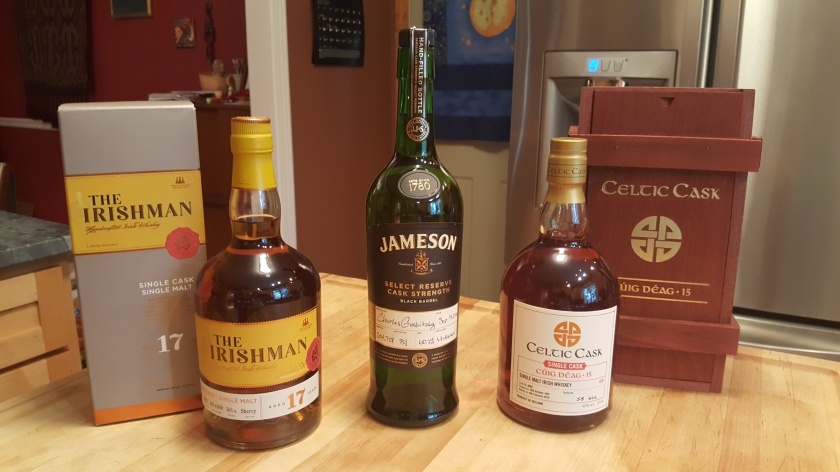 If you are interested in any of our future trips around the world visiting distilleries, make sure to check out: http://mytraveldirections.com/whiskey-tours/