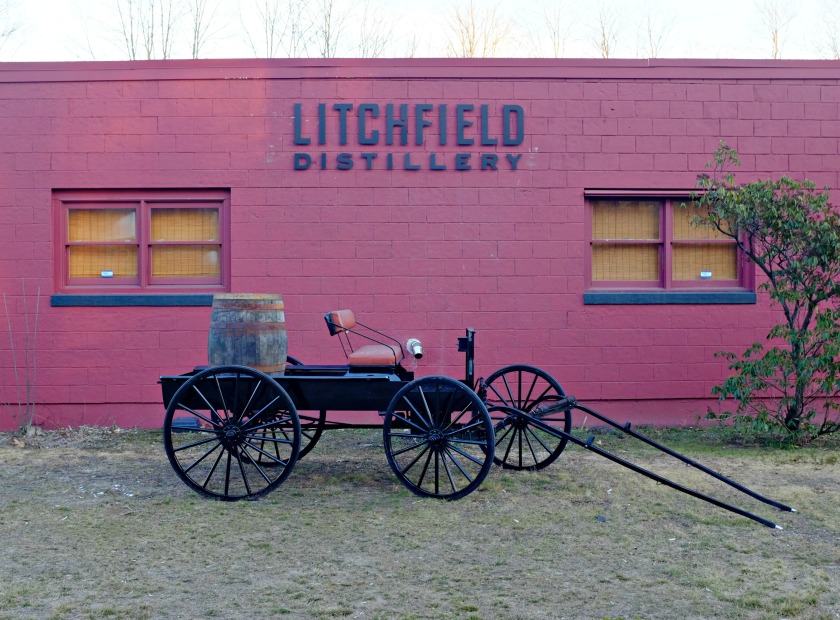 Daffodils.  Farms.  Colonial buildings with white paint and black shutters. These are the memories I have of Litchfield, CT, when visiting here a few times with my mother on Mother’s Day to shop for plants at White Flower Farm. But bourbon?  Aged whiskey?  It turns out that Litchfield is now home to a new operation of distilling and aging some increasingly popular spirits!  As Connecticut’s distillery boom begins, the Litchfield Distillery is leading the way  by embracing a well-followed script of blending the old with the new and giving the public a nice tour and taste in the process.

Started by the Baker brothers in 2013, the Litchfield Distillery is using the knowledge and business savvy that the brothers acquired from owning a century-old water company, Crystal Rock.  This third-generation business has helped the Baker brothers take the natural leap into the distilling world.  Added to the mix is the head distiller James McCoy whose background includes time at Harpoon Brewery and a distilling degree from Scotland. 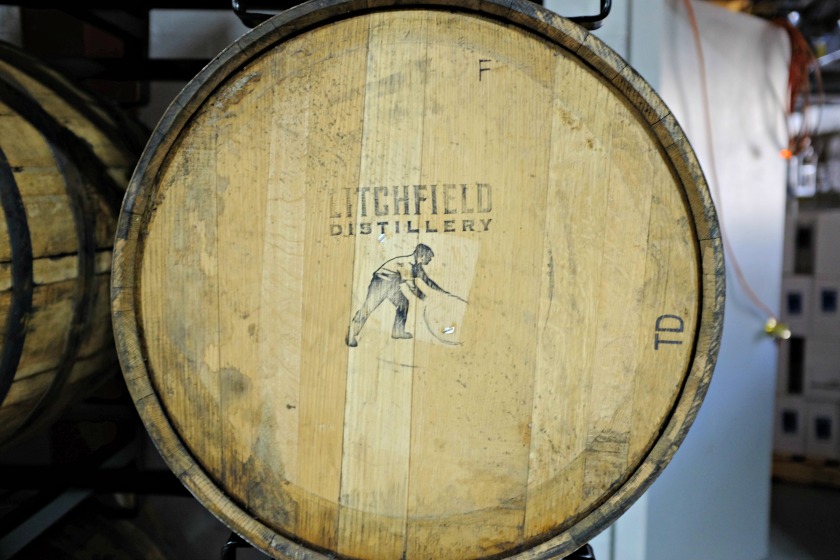 Our tour was led by David Baker.  He provided the large group on the tour with a great experience filled with lots of information and explanation.  Here are some notes from the tour: 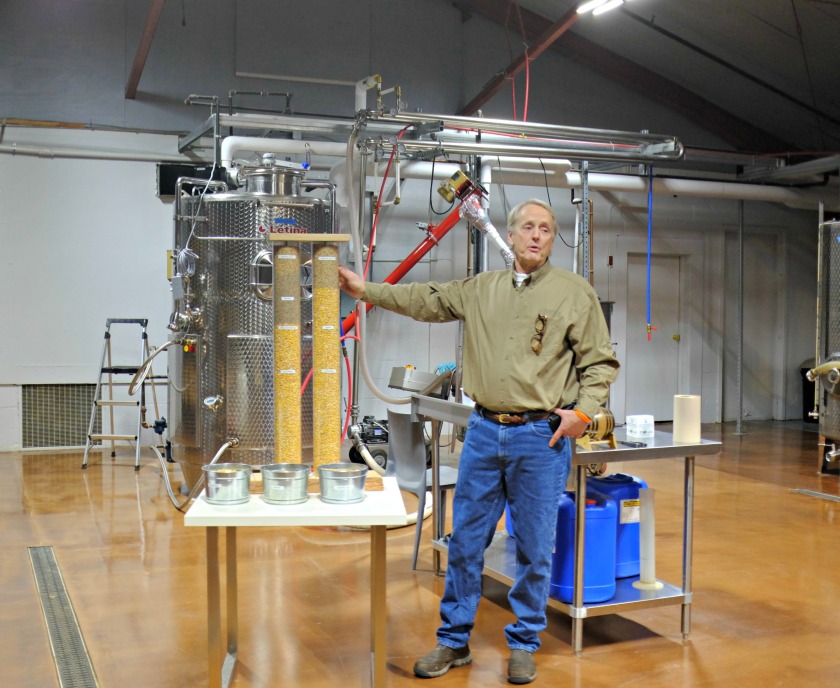 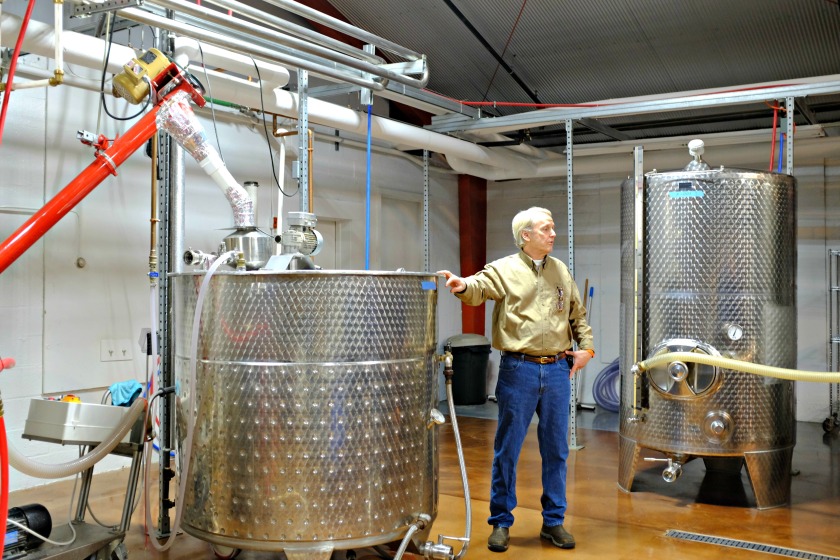 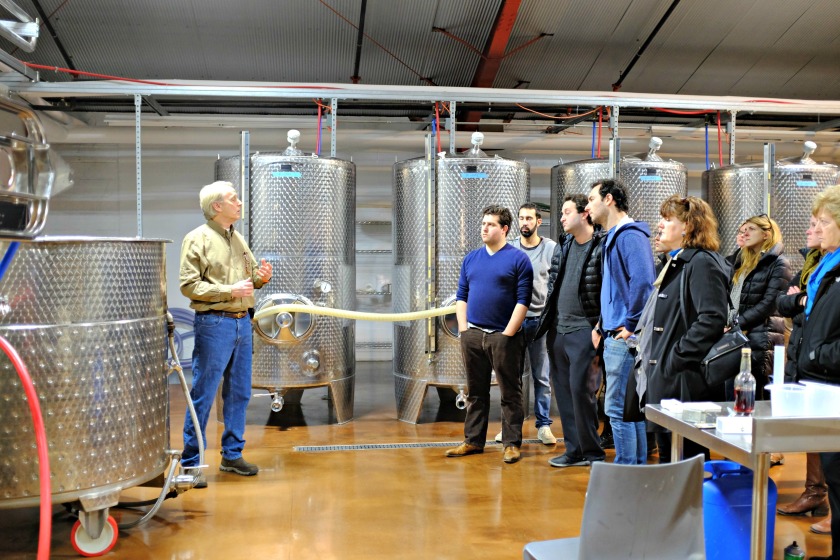 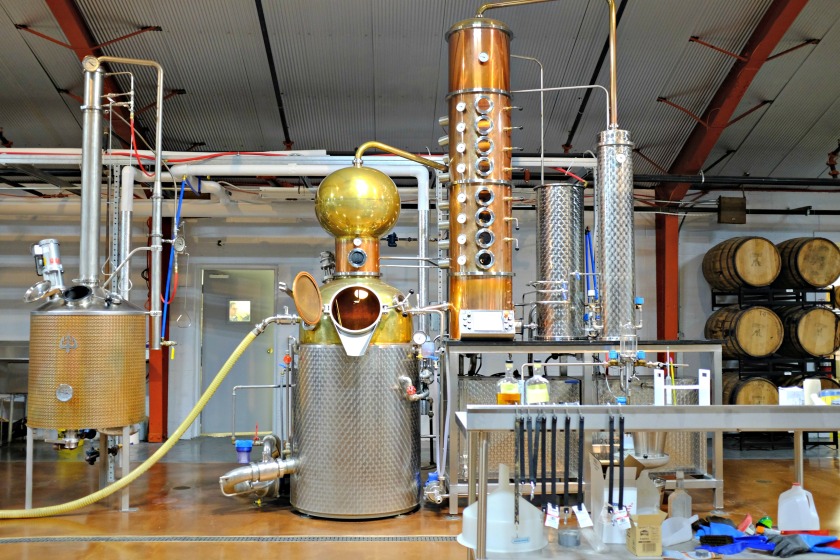 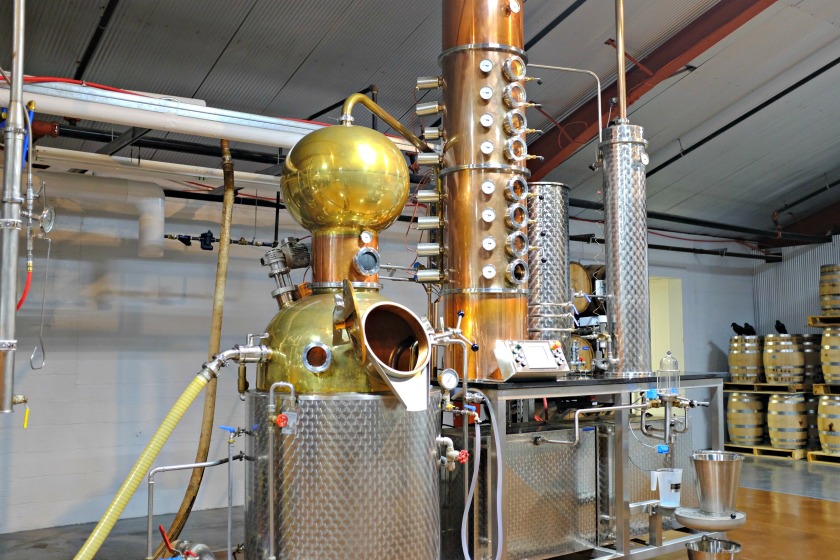 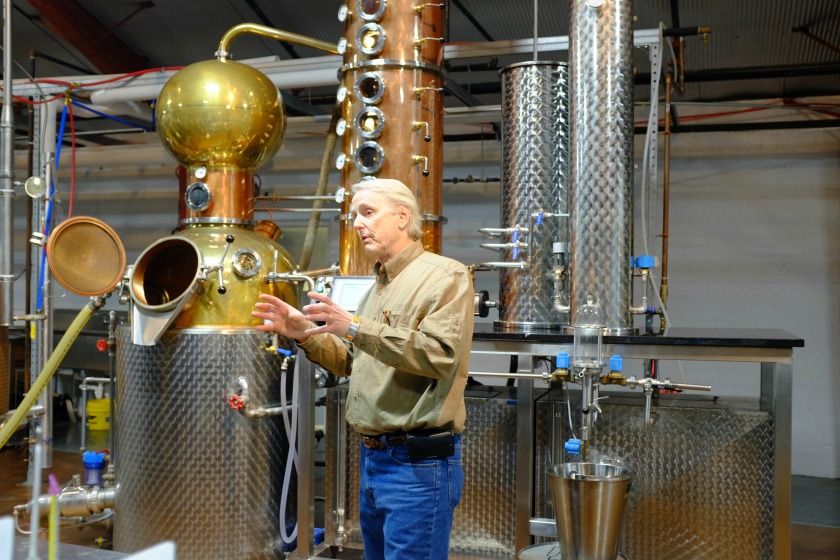 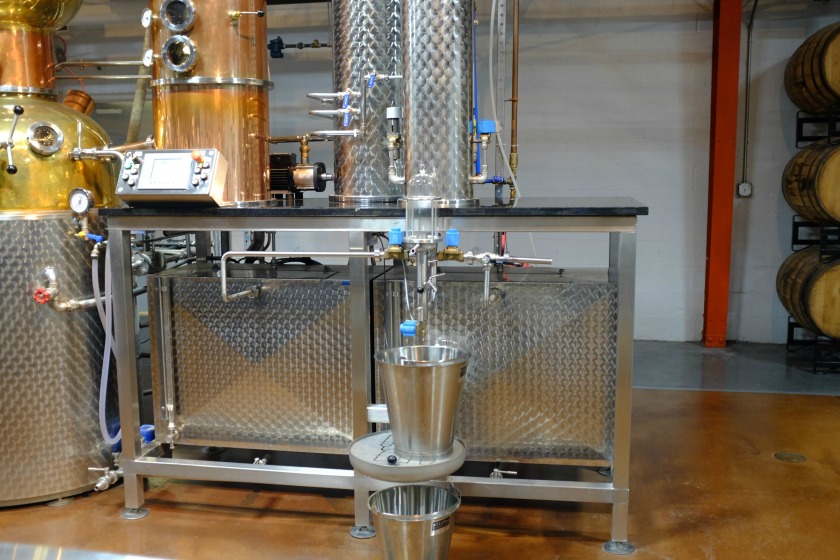 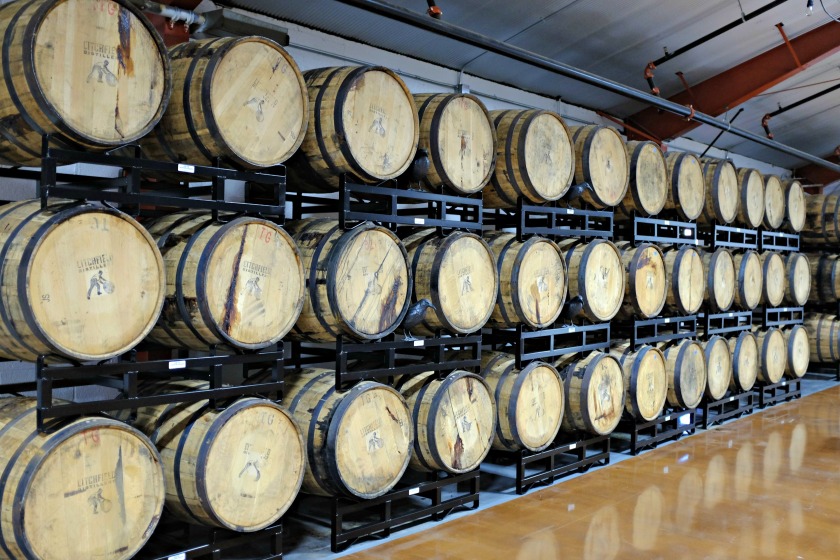 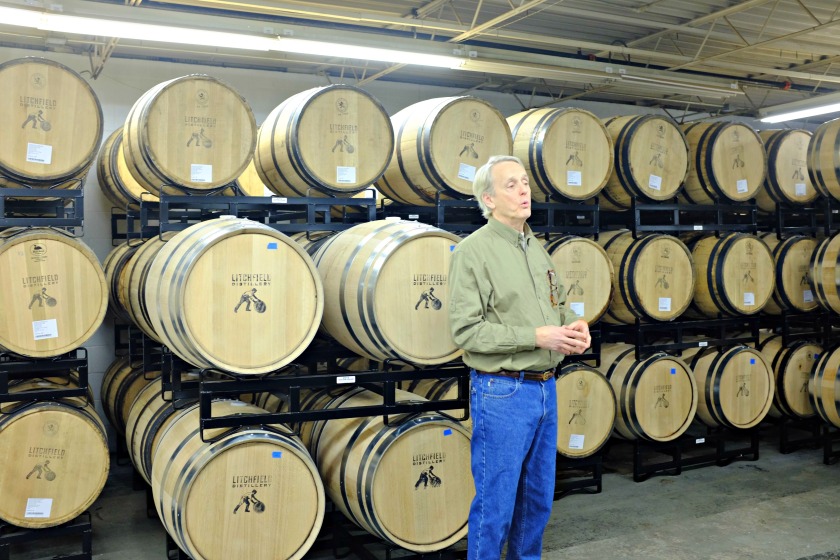 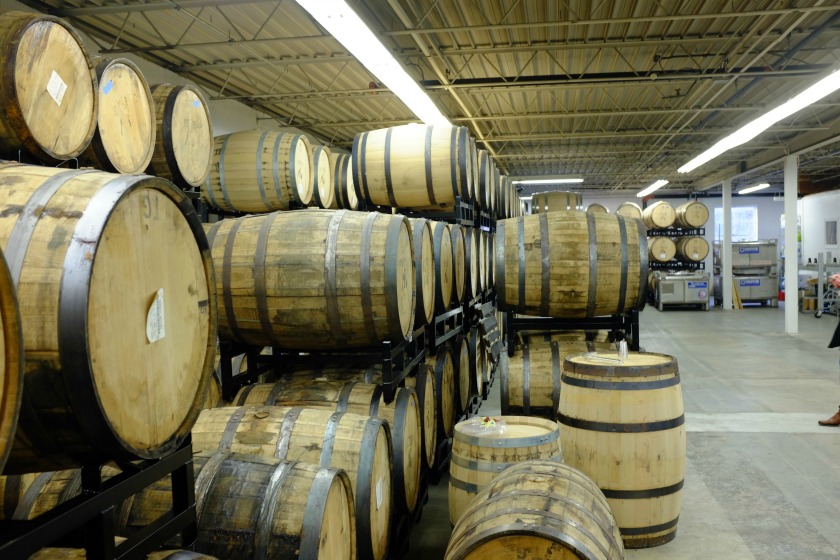 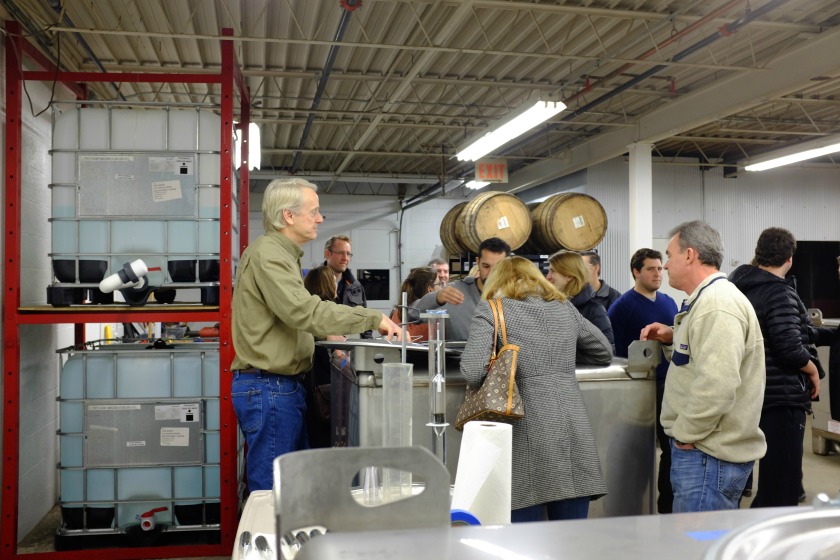 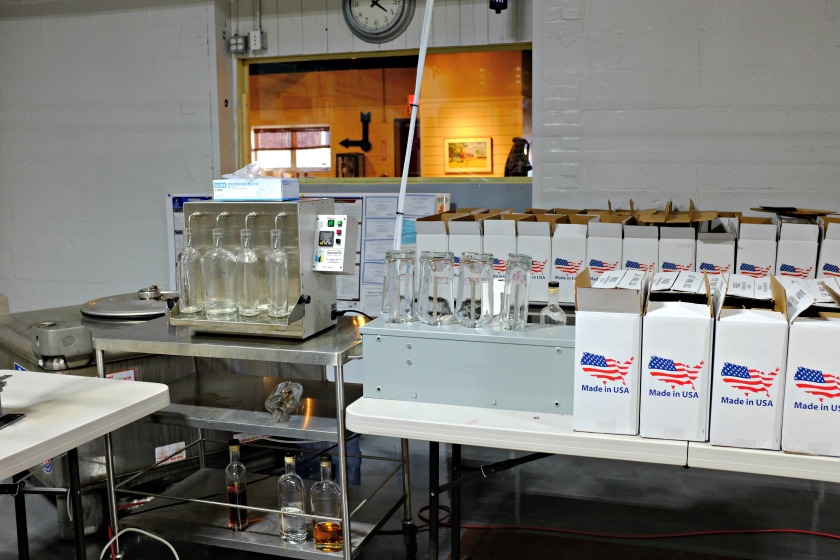 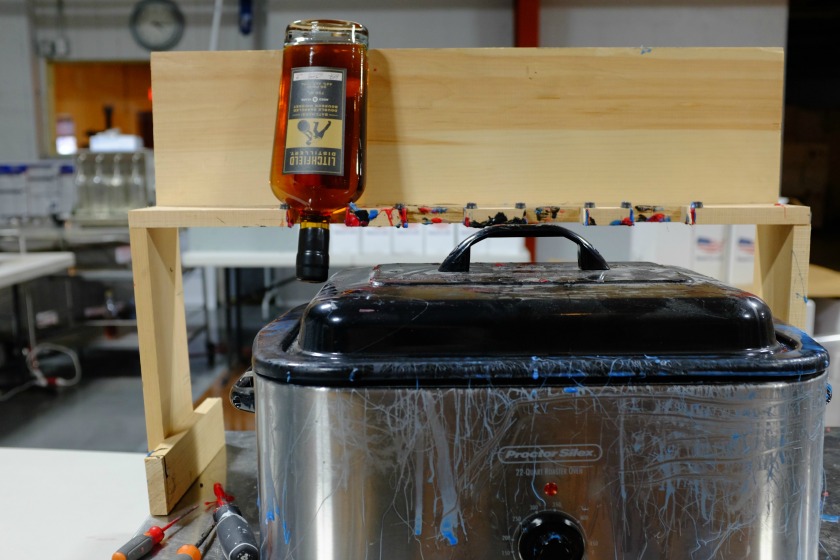 The tour experience was very well done as the entire process was explained.  It was followed by a tasting provided in a beautifully-decorated tasting area which also serves as a gift shop and tiny museum.  Here is what we tasted: 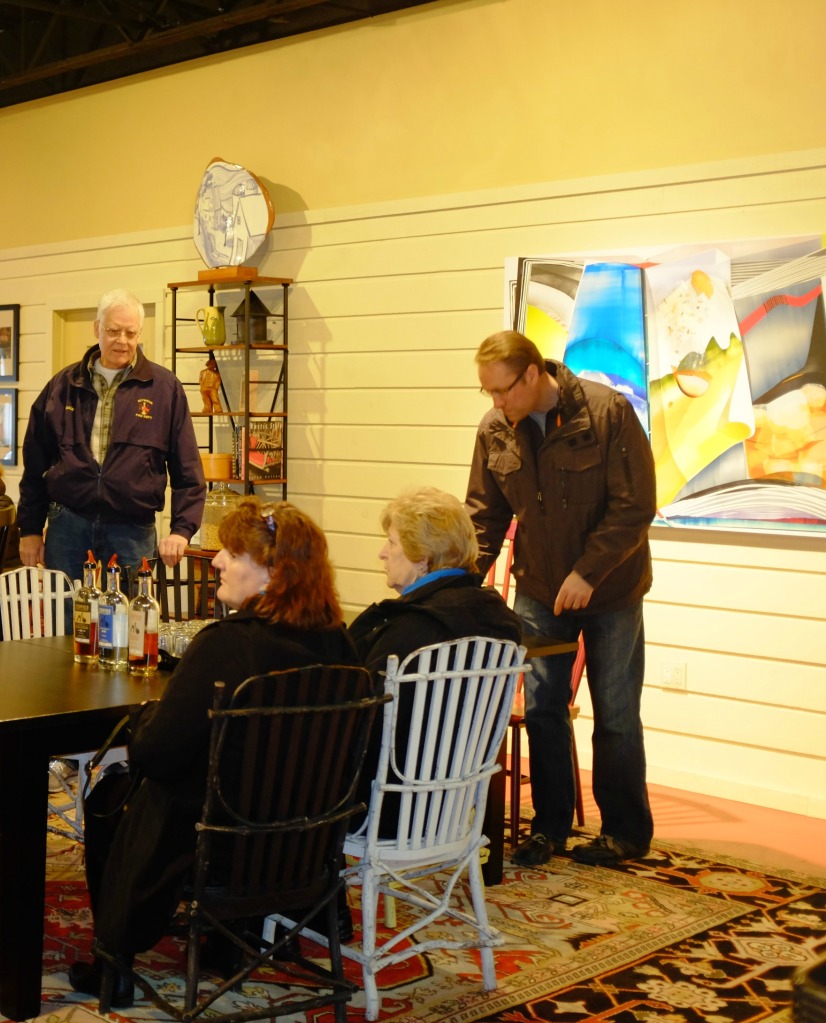 Charles’ Notes:  It was nice traveling to Litchfield and seeing how well this distillery is doing.  Both the brothers David and Jack were extremely accommodating and it always says something when the owners are there presenting to guests and showing their passion for what they do.  The tour was well executed and it was obvious that the group enjoyed themselves.  I do look forward to making another visit in the next year or so to see what is next available.  They are very progressive in their thinking of cask-finishes and this could be a great benefit for their bourbons.  As Connecticut distilleries continue to ramp up, I am sure Litchfield will be leading the way. 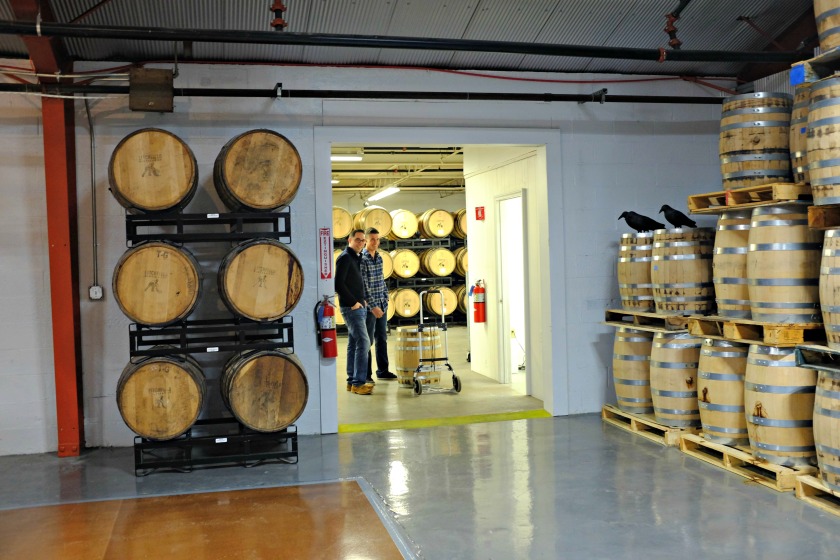 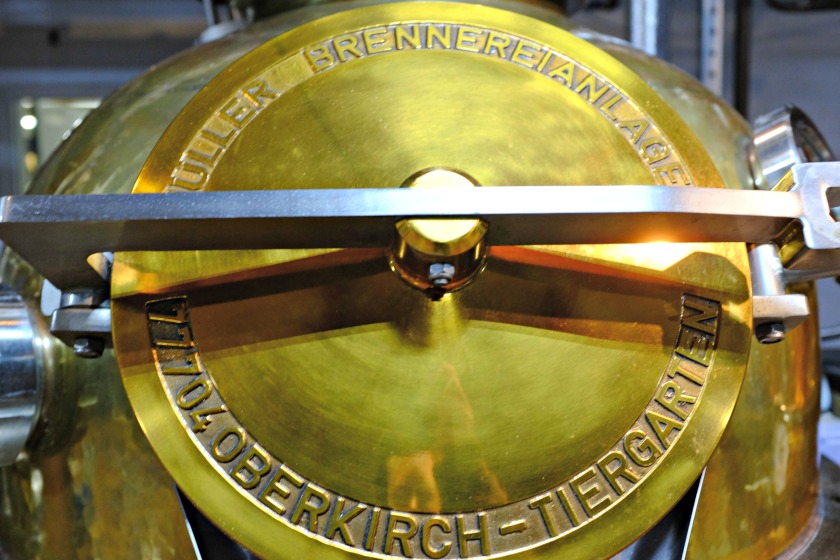 Dram 92 of 366 for 2020! SMWS 59.59 Spock's earwax ......... It was great to co-host the 49th tasting of the @saratogawhiskeyclub with Ben Diedrich, @singlemaltalliance, of the @smwsamerica. Our tasting was held virtually and we had 30 members join which was fantastic! Just being able to see everyone and enjoy a common passion for learning about whisky makes this all so worthwhile. ......... This Scotch Malt Whisky Society bottling was quite interesting. A Diageo distillery that I didn't know a lot about. Another great benefit of being a @smwsamerica member. It's from Teaninich. 10 years. Matured 9 years in a Bourbon Hogshead before finishing in a #4 heavily charred new oak Hogshead. 55.2% ABV ......... Notes Nose: sweet toffee, coconut, tropical Palate: pine forest, herbaceous, spice, citrus Finish: long, biscuits, mint, earthy Balance: lovely Score: 90 .......... #366drams2020 #saratogawhiskeyclub #singlemalt #scotch #whisky #scotland #highlands #smws #thesmws #dramoftheday #dramagram #instadram #whiskygram #whiskytasting #whiskyporn #whiskytime #whiskylover #sláinte #saratogasprings #upstateny #cheers #instawhisky #whiskyfabric #scotchwhisky #whiskyfamily #tastingdram #clubtasting
Dram 91 of 366 for 2020! Balvenie Hand-Fill Single Cask 15 Year Single Malt Scotch .......... I swear I don't know what day it is. This year was full of trips and experiences. Glad I got two in February before everything came to a grinding halt. I think the shock is over now, especially living in New York where our state has become a constant story. Was supposed to be in Japan last week..... Florida today..... Jazz Festival in New Orleans..... all of this seems like a surreal dream right now. Now the mental challenge steps up! Let's keep the communication and whisky flowing!! .......... This bottle was a special one that I filled up in the Fall of 2018. It's 15 years in a Sherry Butt. 62.4% ABV. Cask #2379. Such great memories of that day at the Distillery. I can't wait for those days again! ........... Notes Nose: mint, plum, red fruit, dried apples Palate: deep, rich, grape juice, clove, cocoa, spice Finish: cherries, dried apricots, oak, fruit rollup, anise Balance: delicate Score: 93 ........... #366drams2020 #saratogawhiskeyclub #singlemalt #scotch #whisky #scotland #speyside #balvenie #dramoftheday #dramagram #instadram #whiskygram #whiskytasting #whiskyporn #whiskytime #whiskylover #sláinte #saratogasprings #upstateny #cheers #instawhisky #whiskyfabric #scotchwhisky #whiskyfamily #whiskyistheanswer #tuesdaytipple #coronadram
Dram 90 of 366 for 2020! Bruichladdich Private Single Cask ......... Delivered a bunch a whisky today for a virtual tasting for the @saratogawhiskeyclub. No human contact, but it was good to be out a little. Felt like Santa too! Or the Easter Bunny. Whatever you want to call it. It's nice to bring some comfort to people when we can't be together. And it keeps my mind going!! ......... This Bruichladdich is a bottle obtained by @dramtacular at an auction a while back. It's pretty amazing stuff! Unlike any Bruichladdich I have tasted. 9 Year Sherry Cask and bottled at 64.7% ABV. Definitely strong enough for this virus! Bottled in 2015. ......... Notes Nose: raisin, plum, fortified wine, oak, rum Palate: rich and thick, full Sherry bomb, dried cherries, cocoa Finish: long, pepper, red fruit, a little tart, raisins Balance: solid Score: 90 .......... #366drams2020 #saratogawhiskeyclub #singlemalt #scotch #whisky #scotland #islay #bruichladdich #dramoftheday #dramagram #instadram #whiskygram #whiskytasting #whiskyporn #whiskytime #whiskylover #sláinte #saratogasprings #upstateny #cheers #instawhisky #whiskyfabric #scotchwhisky #whiskyfamily #backyarddram #coronadram
Dram 89 of 366 for 2020! Michter's Toasted Barrel Finish Rye ......... It's Sunday. I'll admit it. Can't hide from it anymore. Haha. It's definitely not fake news. ........ This Michter's has been one of my go to whiskeys. I've always enjoyed ryes, but this one has always been solid. The toasted sour mash is also stellar. This bottle is 109.6 Proof. ........ Notes Nose: cinnamon, red fruit, oak, cherries Palate: marzipan, brown sugar, chocolate, spice Finish: medium to long, mint, dry, spice Balance: solid Score: 89 ........ #366drams2020 #saratogawhiskeyclub #ryewhiskey #rye #whiskey #michters #kentucky #bourbon #dramoftheday #dramagram #instadram #whiskeygram #whiskeytasting #whiskeyporn #whiskeytime #whiskeylover #tastingdram #instawhisky #whiskyfabric #whiskyfamily #saratogasprings #upstateny #cheers #backyarddram #coronadram